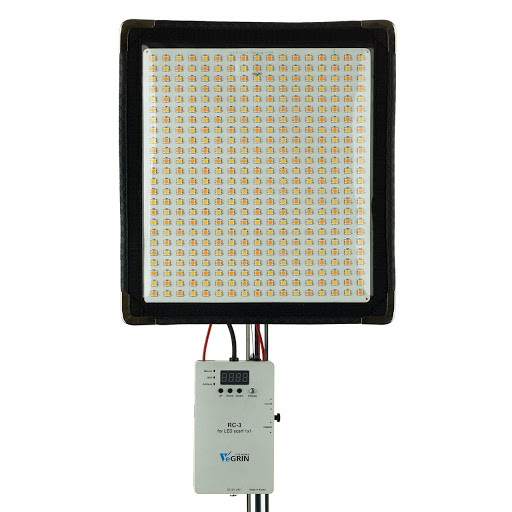 The LED Scarf 1X1, which is the basic type of flexible LED panel, is a 50W class bi Color LED illuminator. It is designed with light LED flexible PCB and wire frame without using a housing of aluminum or plastic material and has structural features that can bend naturally. That's why it'seasy to install cars that are difficult to install in general lighting, small spaces such as elevatorsand ceilings, as well as round-shaped curved surfaces such as well.

A Velcro attached to the front and rear of the four sides is also used to extend several LEDScarfs into one or to install accessories such as soft boxes.

YeGrin's unique transparent PVC cover design protects internal LED light sources and circuitsfrom harsh use environments. In addition to shooting in rainy or humid conditions, the cover and LED PCB can be removed in case of problems with LED elements and internal wiring, allowing AS without difficulty.